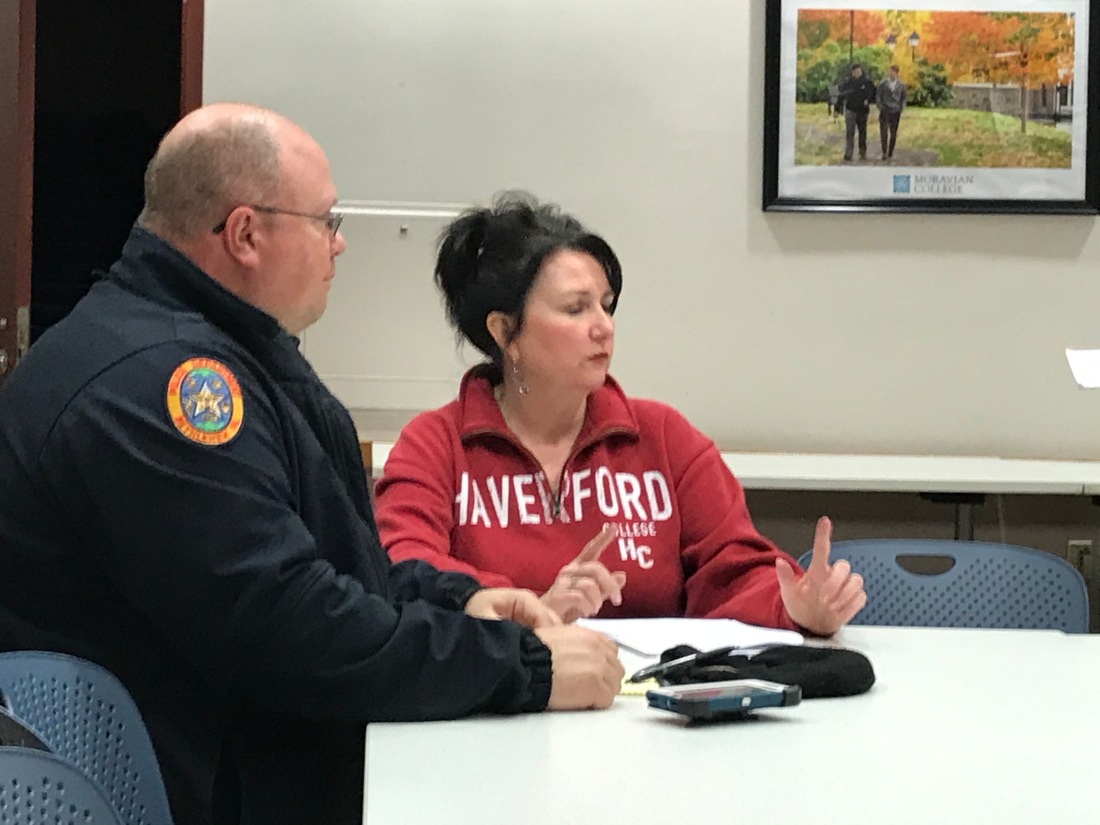 Ten residents met with her and Officer Horvath last night.

Gadfly gives you here a funny piece of conversation — agile students perhaps using access to a police scanner to know when the cops are a ‘comin’ to quiet their noisy party!

But the longest-running zoning case in Bethlehem history did end its latest chapter February 26th.

Closing lawyer-jargon-heavy final arguments by all sides. Nothing really intelligible for people like us.

Then the vote went 3-0 to uphold the zoning amendment that permits a business at 2 W. Market in a residential district.

Written report due within 45 days. Gadfly has never seen a Zoning Hearing Board report and hopes to get a copy for us to review.

Will there be an appeal?

Will Gadfly live to see this controversy finally settled?

How did the Hatfield/McCoy feud stop?

But fighting for control of and the quality of life in your neighborhood is sacred work.

Gadfly was thinking about the 2 W. Market case Saturday afternoon.

It’s been out of the news almost a month and won’t return till the decision of the Zoning Board February 26.

Gadfly was thinking about it because a new store opened in his neighborhood, a bakery — “Charlie’s Bakery” — at 1401 High, corner of High and Greenwich.

Why was Gadfly thinking about the majestic 2 W. Market in the historical district when a bakery opened in a modest location in the hinterlands?

Because it’s a corner store taking advantage of the relatively new corner-store ordinance specifically designed to return such properties to their former and original commercial use.

And because 2 W. Market is trying to take advantage of the relatively new corner-store ordinance to establish a business where there was never one.

Charlie’s Bakery is precisely the kind of use for which the corner-store ordinance was designed, a space historically commercial but turned residential being returned to its commercial use.

Gadfly’s 50-year-old kids still easily remember Miller’s store where a clerk who dispensed the candy was so much a “character” that she earned from them a (not so nice) nick-name.

One would think that anybody can see that the High St. building style (shaved corner entrance, side windows) on the left for which the corner-store ordinance was designed is not the same as the Market St. property. Anybody but our Zoning Board and City Council.

From all angles, the High St. building was obviously designed for first-floor commercial use.

We wish Charlie well. When Gadfly passed while taking his constitutional Saturday afternoon the store was closed, with two disappointed would-be patrons chatting outside. 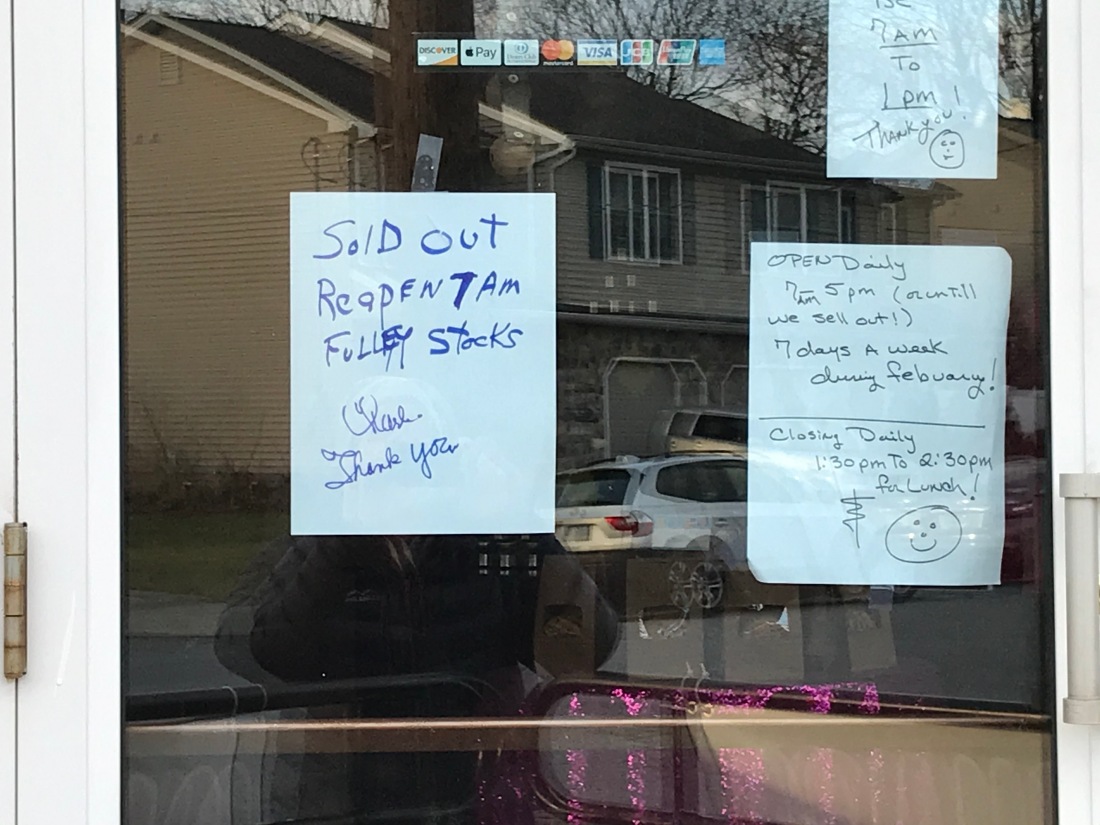 Music to the ears of the new businessman. 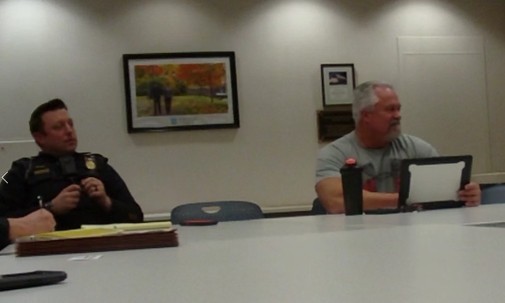 Chief Blake reported to the residents positive developments in regard to tailgating, parking, and the general behavior of the current Moravian student body.

The Moravian block watch usually meets the first Wednesday of the month at 6PM in the HUB Building, Moravian College.

Yep, Moravian block watch meeting, Wednesday, February 5, 6PM, HUB building, Moravian College, first meeting room on your left as you enter from the north side of the building.

Lehigh is concerned with Lehigh. The Mayor and City Council must be concerned about the entire city and, in this particular instance, the nearby Southside environs. This isn’t the first time the University has floated this idea, and in the past the concept was panned by public safety officials. Today it is more than that, especially given increased development throughout the Southside and the resultant traffic gridlock that results along the Third and Fourth Streets corridors at various times. Packer Avenue has provided a third east/west option for drivers on the Southside, and with increased congestion elsewhere the jury is still out on how beneficial this would be for Bethlehem, for this lifetime Bethlehem resident. There’s a lot more to this equation than what Lehigh University is pitching. The true test during this 45 day period will be if there is some sort of emergency (God forbid) on Third or Fourth Streets that stops through traffic and how the Packer Avenue closure will affect the ability for motorists and commerce to continue to flow.

The phenomenon of Airbnb/short-term lodging/short-term rentals has been an acute issue for some people in the Northside Historic District, but it is also a concern for others as the “Town Square” essay by Paul Peuker that we published yesterday shows. In fact, Gadfly has concerns relative to his own neighborhood. (Click on Airbnb or Short-term lodging under Topics on the right-hand Gadfly sidebar for previous posts.)

New legislation for the zoning code that has been working its way to City Council was discussed at the Planning Commission on January 9 and will come to Council Tuesday night in the form of a resolution to collect all kinds of information before enacting the legislation.

At the moment Gadfly doesn’t have copies of the two exhibits mentioned in the resolution coming forward Tuesday, but here is an “unclean,” marked up draft of the latest revision of the proposed new addition to the zoning ordinance (Housing Ordinance 1741 on short-term lodging has been in operation for a year or two).  The January 9 Planning Commission recommended no changes in this draft. It just may be a bit confusing for you to read.

Here is the City Planning Director helpfully summarizing for the PC (and for us!) the background leading to the upcoming resolution and proposed legislation:

Here to Gadfly’s mind are some key components of the draft zoning legislation that followers might be interested in:

Bruce Haines and the Gadfly had suggestions for changes and questions, but since the upcoming action by Council is just a resolution to collect information, Gadfly will save that information for a later post.

But what are you seeing and thinking? Responses invited.