How will the closing of Packer Ave. between Vine and Webster affect your travel pattern, or how do you think it will affect others? Where will the traffic that normally goes east-west and west-east on Packer go? What will be the new normal?

It’s good that “they” are doing a pilot study to find out. Makes sense. Technically and politically.

Poor acoustics in the Broughal auditorium made hearing hard, so Gadfly could be wrong, but what he understood is that the traffic study planned by Pennoni (The Bethlehem Parking Authority is doing a study too, I believe — not sure what that consists of)  would only cover the Packer-Vine-Morton-Webster-Packer rectangular route around the closed area on Packer. Is that all that needs to be looked at? 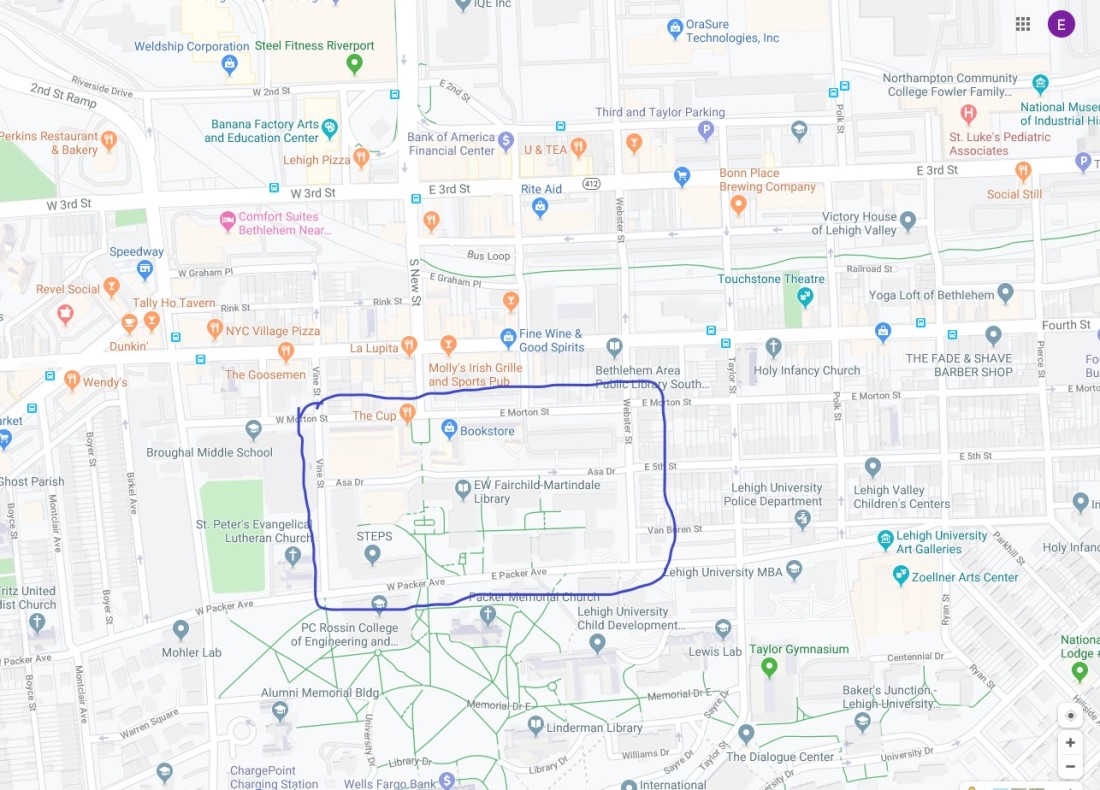 No — a lot of discussion at the Broughal January 23 meeting was about widening the study to 3rd and 4th St. on the north and to Montclair and Carlton on the west.

So here’s where we play some games.

Suppose you were coming off the 2nd St. ramp (the circle on the top left) and heading to the Hillside area (the circle on the bottom right) and were used to going south (up) Brodhead to Packer — might you not now go east on 4th and make a right somewhere to get to Hillside? 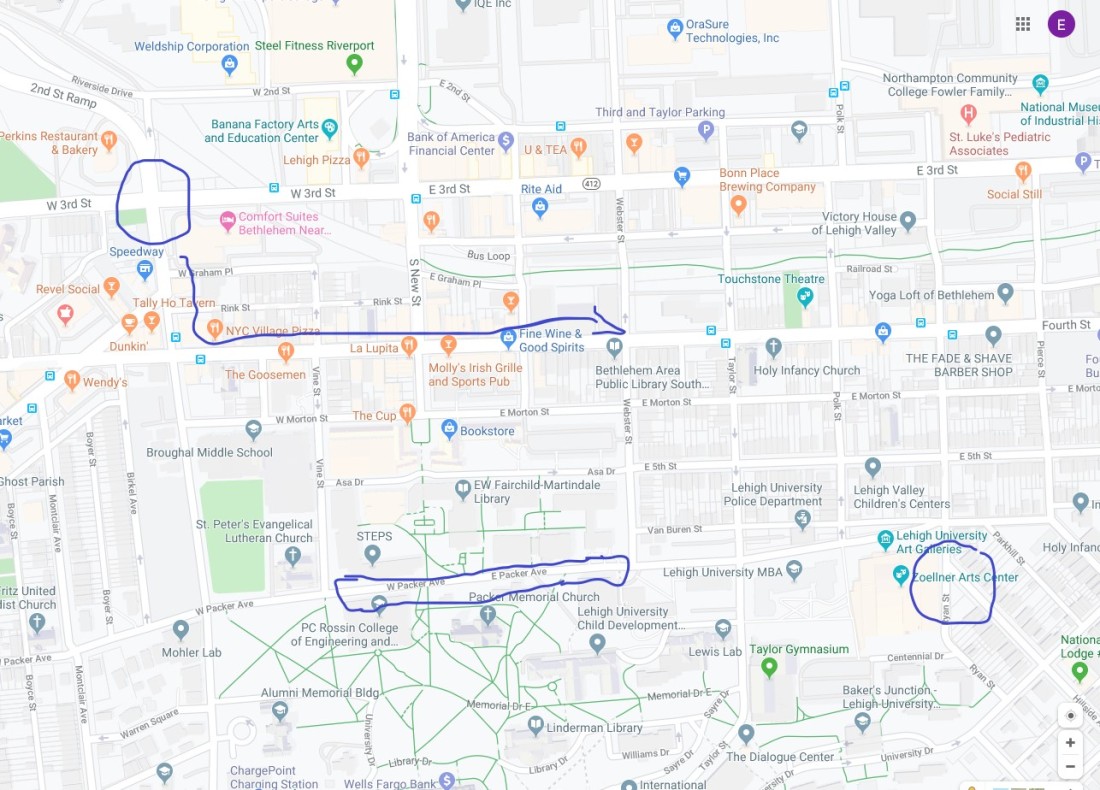 Suppose you were coming from 378/Wyandotte/Summit onto Brodhead (bottom left) and were used to turning east on Packer. You might, as the traffic study supposes, use Vine-Morton-Webster to get back on Packer. But you could go down Brodhead to Morton. And if Morton backs up at your travel times (likely), you might then go down to 4th or 3rd to head east. 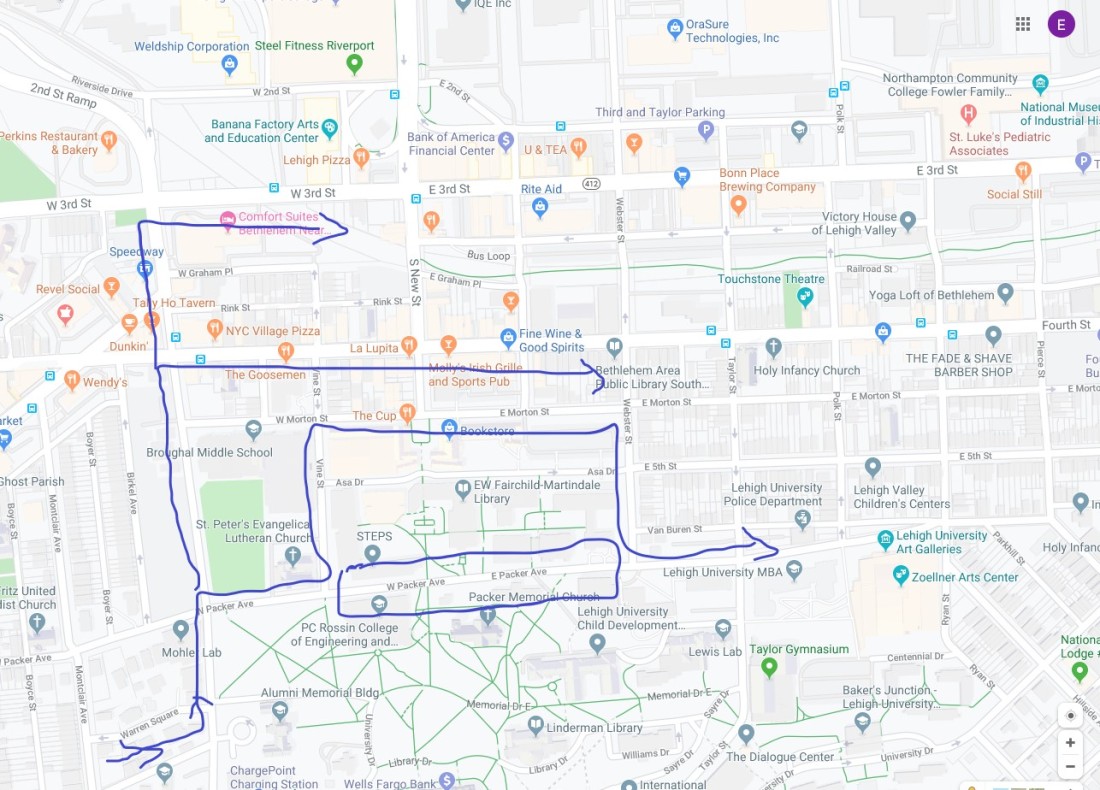 If the traffic study only covers the area in image 1, several people — including the principal — strongly pointed out that it would not cover the extra traffic at drop-off and pick-up times at Broughal or the impact of increased traffic on walking patterns of students as well. Safety concerns were expressed. One audience member pointed out that makers of an earlier traffic study weren’t even aware that Broughal was there. 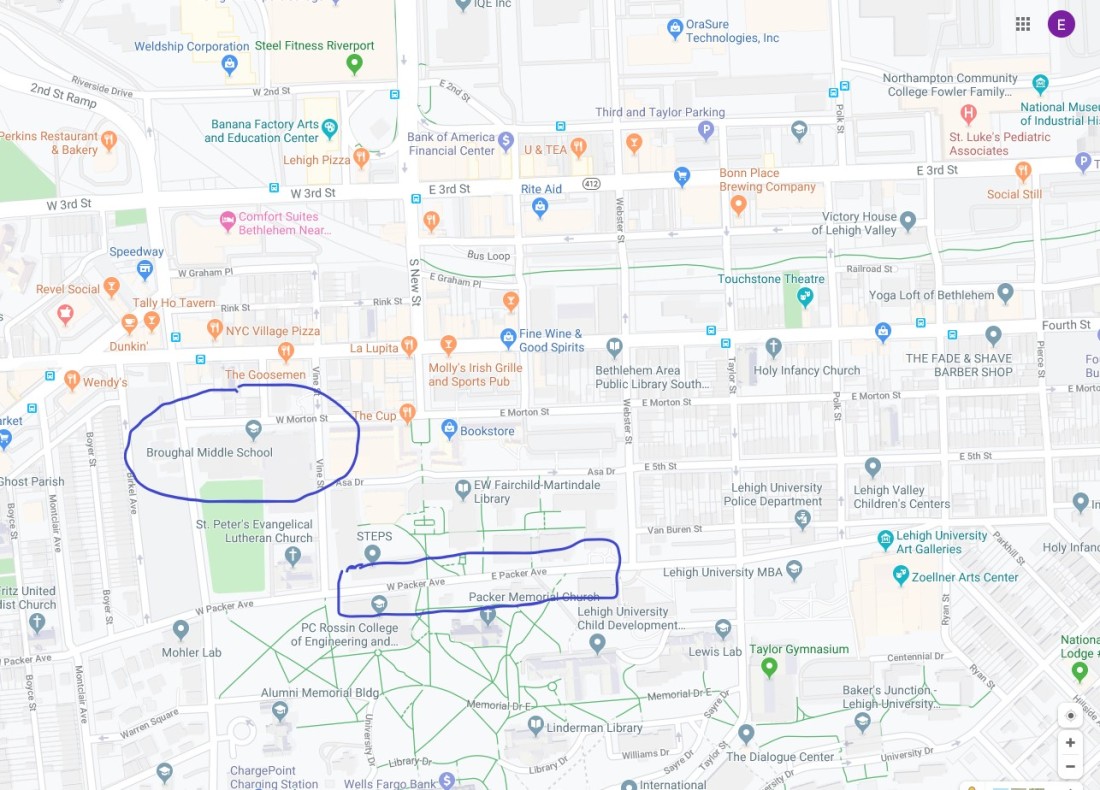 Several audience members pointed out that the study area had to be widened on the west to Montclair and Carlton because, especially if traffic is slow or backed up on Morton, drivers coming from 378/Wyandotte/Summit will be cutting down those streets to get an advantage. 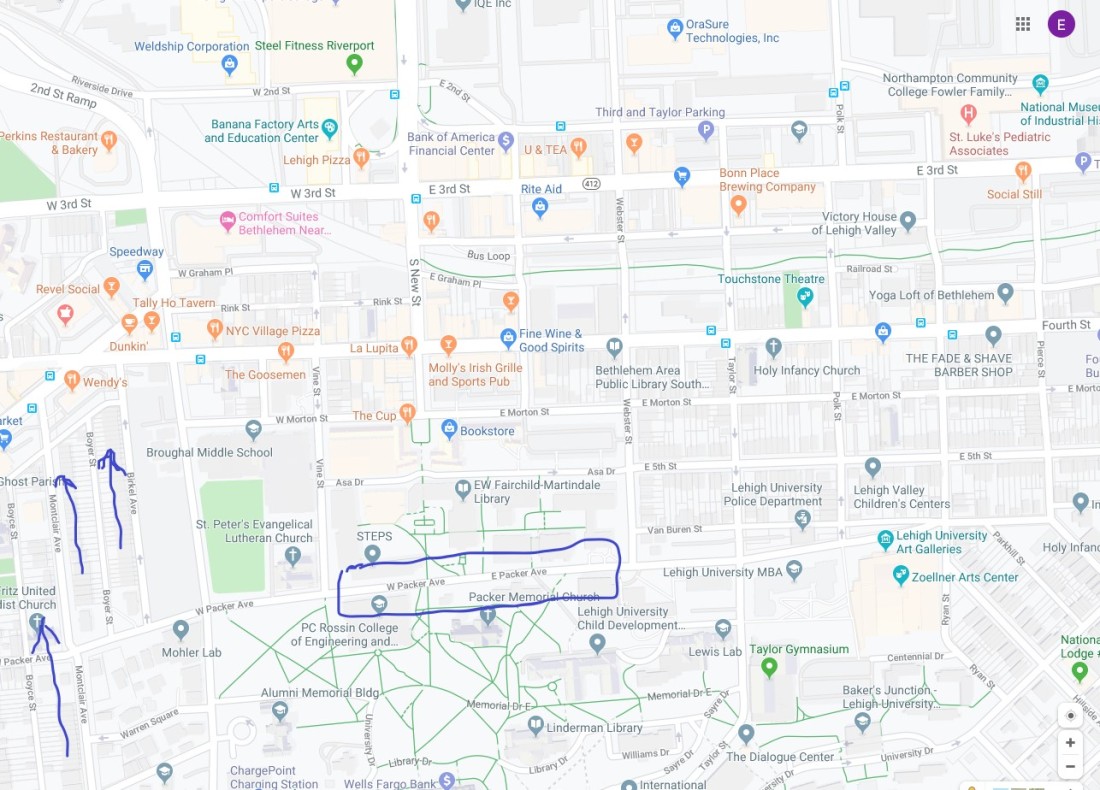 Suppose you are coming west on 3rd or 4th heading for Summit (the circle on the bottom left) onto 378/Wyandotte and used to cutting south to get up to Packer. Now that you can’t get through on Packer, what will you do? Probably stay on 3rd or 4th till you get past New. What other traffic game-scenarios would you like to play?

So the case is made for widening the study to 3rd and 4th to the north and west to Carlton and Montclair. There will probably be traffic impacts in these areas.

Now the sense was that the Mayor, Lehigh, and the study organizers were on board with the changes in the scope of the study.

The surprise was that it took the audience to point these things out.

That did not give Gadfly a lot of confidence in the studiers.

They started with a pretty narrow focus on the impact of their project.

One thought on “What should the [traffic] study, study?”