Anecdote #7 from Gadfly reminiscences of life in the ‘hood when Bethlehem Steel was still the Big Daddy.

We live in a close neighborhood of houses with porches.

In nice weather, going to work for Gadfly meant going to the front porch. Gadfly’s work was to read and write. He sat. He didn’t use his hands. He didn’t get dirty. He didn’t carry a lunch bucket. To his steelman neighbors, he was “college boy” at age 30. He was “Eddie,” not Ed, still at age 50. He was not quite a man though he bred six athletic sons playing street ball right in front of them as they dodged to get to their cars. Not the kind of men to go to a play.

The attitude lingers in the neighborhood.

Yes, Gadfly went to a play.

And a play based on a series of poems yet!

A combination designed to ratchet a steelman’s briefs three or four sizes tighter.

Hilda Doolittle was a born artist.

She had a gift, a gift little appreciated in the late 19th century Bethlehem of her youth.

Her autobiography virtually begins with the unwittingly brutal choking to death of her mother’s artistic talent by her grandfather.

Momma’s voice was low and rich and vibrant. But she never sang again. And all the women felt they had failed.

It’s amazing that H. D. ever got to the equivalency of first base much less world renown in a culture that scorned feminine voices, even unconsciously, as “dreadful noise” and was able to give us her considerable gifts.

So the poem/play has meat, meaning, relevance.

But it is also visually and auditorily stunning. All you need do is go with the flow, as director Jennie Gilrain suggests — just let it wash over you.

The play has beautiful people, but, most of all, it has Doug Roysdon’s fabulous marionettes. 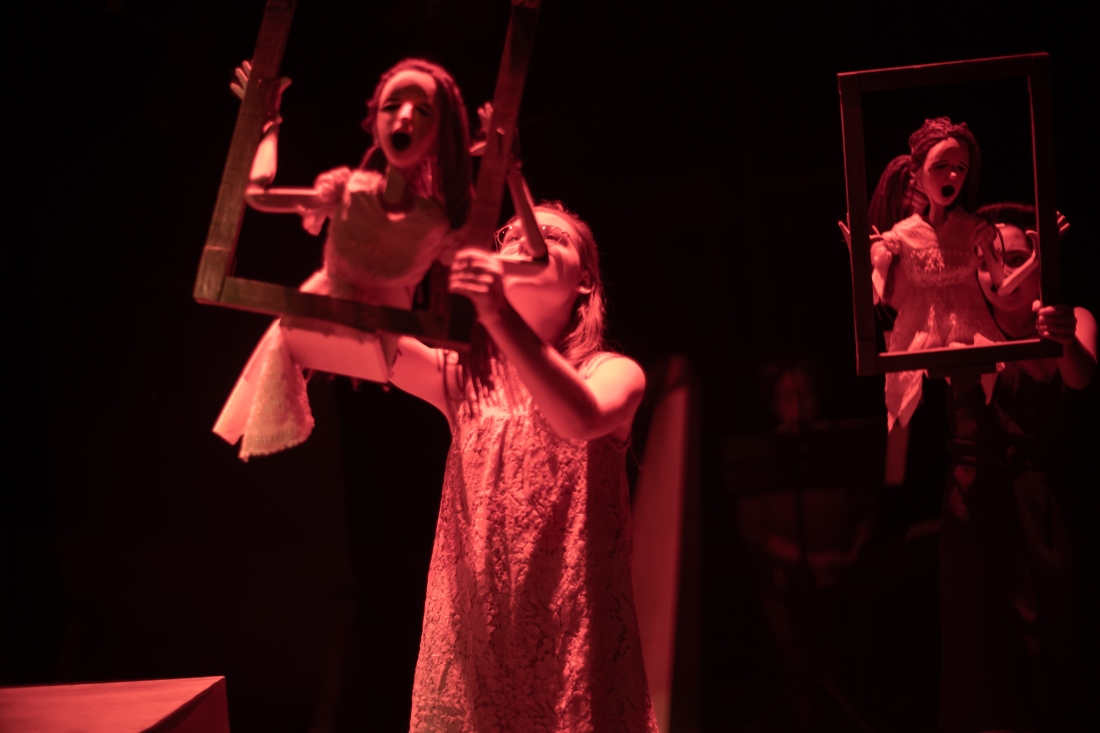